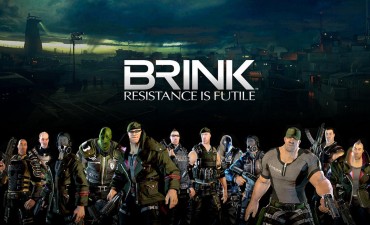 This program is to be used with the Brink it allows you to configure settings that are not in the in game menus.

With the ESL Brink Championship entering a decisive phase, ESL TV has prepared something special for all the supporters. Both semi-final matches will be broadcasted live in the exclusive Brink TV show featuring no other than Joe Miller. The person to join him in the studio will be mousesports' Brink player - Josh 'Josh' Lee.

There will be two shows presenting one of the two semi-finals each. Apart from the live streams of the matches the shows will also include a short introduction and review of the tournament, an analysis of the played matches so far and an overall summary of the tournament.

All the Brink fans will be able to enjoy the show on ESL TV. The winners of the semi-finals will face at gamescom to compete in the ESL Brink Championship grand final, where a share of 15,000 Euro is at stake.

The games first DLC, Agents of Change, will be FREE for two weeks on Xbox LIVE, PSN, and Steam! The content is currently in submission at Microsoft and Sony, and we expect it to release in early July. the DLC features two all-new environments, five new player abilities, two new outfits, and two new weapon attachments. Check out the screenshots dont it just look lovley

With over 24k downloads and counting and more interest than anyone here at Rush ever expected we are proud to announce the release of version 1.5  of the brink Configurator created by our very own RJayW.

Over the past week since release we have had a lot of companies parsing the application such as PC Gamer, Steam, File Planet just to name a few and we would like to thank them for the support they have given this application as development continues to improve it as much as possible.

Our Brink config program has now hit over 14,000 downloads in 4 days with a new version of the program released every day so far

Thanks to everyone for supporting the tool and we will continue to add cvars when useful ones are found!
Its early days for brink, it has multiple issues with performance which will hopefully be fixed in the coming days

Stayed tunned to rush-zone for all the latest Brink information!

At the Brink of something bigger?

For quite some time now, the competitive first person shooter community have been without a new refreshing title to replace the previous successful ones, but this era might have come to an end with the release of Brink. As the game is developed by the Splash Damage team it already looks promising, as they have been known to support the competitive community in various ways with their previous titles, however a quiet fear still dwells amongst the competitive FPS fans,

who fear that Brink might be yet another game that cater more to the public side of gaming rather than the competitive clan community. In this article I will try to sum up a few things that might help Brink in becoming the next popular title in eSport.

So first of all let us take a look at what Brink has to offer in terms of gameplay. To those new the Splash Damage shooters you should know that they have been known to have a steep learning curve which require huge amounts of dedication and skill to master.

Our Brink config program v1.2 can now be found on the frontpage of www.fileplanet.com
This program is to be used with the Brink it allows you to configure settings that are not in the in game menus.

This program has been developed from another previous program for Crysis 2, this program got over 30k downloads and 6 versions released.

Brink is just 7 days away from release in the and 10 days for us here in . The game looks to bring some promise to the PC community, public server files have been announced and the recent videos show the game should suit the Battlefield community.

Big questions are still to be answered about the game; will it have proper pc support with actual recoil etc and will it support competitive play? So many games have been released over the last few years with the lack of instant pc support and competitive features; will Brink be the beginning of the end of this? It seems we wonâ€™t fully know until the game is released. As with most recent games the developer is keeping their cards close to their chest and are not releasing full information about the PC version.

One thing is sure that if there is support for client side config settings then we will have a config program released on day one of release. Building on the success that was the Crysis 2 Configurator with aproximately 35,000 downloads since the demo version, the Brink configurator will be fine tunned and ready to launch for release day one. I have already started modifying the code ready for Brinkâ€™s release and I am waiting on hearing about the available client settings!

Follow me on twitter www.twitter.com/rjay_w the developer of the Crysis2Config program and I will keep you updated with the progress of the program!

In depth look at brink

Brink is an immersive shooter that blends single-player, co-op, and multiplayer gameplay into one seamless experience, allowing you to develop your character across all modes of play. You decide the role you want to assume in the world of Brink as you fight to save yourself and mankind's last refuge for humanity. Brink offers a compelling mix of dynamic battlefields, extensive customization options, and an innovative control system that will keep you coming back for more.

The Ark was built off the coast of San Francisco by the founders as a vision of the future, a future without population. A cleaner and higher status of living. Built as a prototype of a self contained city atop the ocean, it was also the first successful floating city. A place where scientists and brilliant minds could make their dreams a reality. It didn't last long as soon the prolonged effects of global population took their final toll.

The polar ice caps finally melted, with sea levels drastically risen most towns and cities became flooded others completely submerged. Causing wide spread panic, many around the globe rushed to the Ark for safety. In the original design it was constructed to house a per population of 5,000, but too soon it began so overpopulated that the founders could not maintain control, order was lost, riots broke out over resources and the refugees struggled for what ever else remained.

The latest news from Splash Damage is sure to get people excited. With the release date of Brink being pushed back so many times its nice to hear that they can now say they are on track to release the game earlier than previously thought, the game is now set to be released on May 10 in the US, and May 13 in Europe and Australia.

"Production wrapped on Brink earlier than we planned and we didnâ€™t see any reason to keep gamers from getting their hands on this highly anticipated game as soon as it was ready," said Pete Hines, VP of PR and Marketing for Bethesda Softworks. "It's apparent from the tremendous reaction so far that people are eager to jump online and play, and if we can make that happen earlier â€“ we're going to."